I haven't been posting all that much lately because I haven't felt very well and I've been waiting to have surgery. Due to some various insurance and doctor busy-ness issues, the surgery kept getting pushed off (it was pretty much elective - ovarian cysts).

Anyway, I finally had the surgery on Friday. When I had ovarian cysts previously in 1978, I was in the hospital for at least five nights. This time, I was only in for two nights. However, unlike during my last surgery, I had this surgery at a small, almost empty hospital. I was the only patient on the gynecology ward on Saturday! And while the surgery and post-opt went pretty smoothly, I wound up with a really awful migraine today because the air in the hospital was so dry.

But, I'm home, the migraine is finally over, and I have to spend the next few days resting. I will be at Confluence this weekend, and it looks like I'll be at Armadillocon as planned next month.
Posted by Laurie Mann at 7:58 PM 3 comments 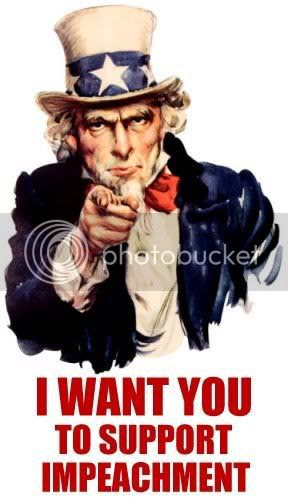 I'm too tired to write more reasons why Bush should be impeached, but I've collected some of the lies of the Bush administration at The Facts Do Matter.
Posted by Laurie Mann at 11:45 AM 0 comments

We should all wonder what the headline could have been if we had a competent government who focused on fighting terrorism rather than going out after Saddam Hussein. Maybe Afghanistan would be reasonably more stable. Maybe we wouldn't have spent over four years inciting anti-American/anti-Western sentiment around the world, but especially in the Middle East.

I'm not sure this is mere fear-mongering by our fear-mongering government. I think they might be right (for a change).
Posted by Laurie Mann at 7:59 AM 0 comments

I've been lucky - I really don't have health insurance horror stories. I have been jerked around a little by insurers, and I've had some prescribed drugs denied. But I've always gotten the care I've needed. However, I've heard so many other health horror stories from so many other people that I know Michael Moore is right. It was such a relief to NOT see your health insurance mentioned in Sicko!

I had a very brief interaction with National Health Insurance when in Scotland in 2005. I developed laryngitis and that set off my asthma. As my asthma is usually not a problem, I hadn't thought to bring an inhaler with me and I really needed one. So I went to a nearby hospital under my own speed on a late Saturday afternoon. It took less than an hour to see a doctor. He checked my throat, my lungs and wrote me two prescriptions. It almost took longer to get the prescriptions filled than to see the doctor. The medicine cost somewhere around $10 or $15 total and the doctor didn't cost me anything. Even though I was just a tourist, and even though I certainly could have afforded to pay something.

The most horrifying thing in Sicko (beyond watching an uninsured man sew up his own leg after injuring it) was watching sick, homeless people dumped in Skid Row in Los Angeles near what seemed to be some sort of homeless shelter. It's appalling that we treat sick people like that in the "richest" country in the world. We must be pretty poor in spirit to treat our own people so poorly.

I thought Moore's taking of the 9/11 rescue workers who were getting inadequate health care in America to Cuba was one of the most brilliant pieces of propaganda I've ever seen. In this case, the propaganda was quite accurate - we're so used to seeing false propaganda (particularly from the Bush administration) that we sometimes fail to recognize it when it's true.

I think Moore has probably just won another Oscar for documentary.
Posted by Laurie Mann at 4:41 PM 0 comments

To the surprise of absolutely no one, Scooter Libby will serve no jail time. Sure, Scooter was not pardoned, he's still on probation, and, in theory, he'll owe around 200,000. Wanna bet "Friends of W" will give him the money for that?

I was not a fan of Nixon by 1973, but I did believe the Nixon pardon was the right thing to do. I cannot say the same of commuting Scooter Libby's jailtime.
Posted by Laurie Mann at 6:10 PM 0 comments